The restless economy might be constricting IT budgets -- and salaries -- in some market sectors, but with meaningful use, HIPAA and the Affordable Care Act requiring significant technology support, health IT salaries in a recent survey show workers in this sector are holding on to what they have or are making small gains.

That could be a harbinger of better days for 2013 and beyond. “Health care IT is certainly maturing,” said Tricia Pattee, HealtheCareers product director. “We are seeing sub-specialties and shifts emerge in the prioritization of certain jobs over others, which means we anticipate new salary levels and pay grades in the field. It’s an exciting time to be working in the health care industry.” 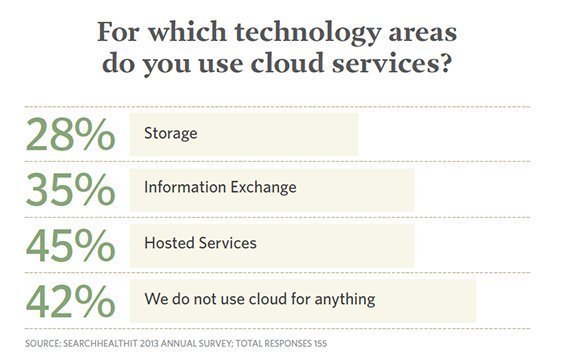 A sizable chunk -- 230 of the 778 respondents -- in TechTarget's IT Salary Survey 2012 indicated they worked in companies connected to health care. They represented large and small providers, including hospitals and outpatient offices/clinics, payers, health information exchanges, health IT consultants and even employees at pharmaceutical companies.

Their titles included executives such as CTO, CMIO, CIO and CISO, and a few VPs. Administrators or architects of many different systems such as clinical applications, databases, Citrix desktops, data storage, LAN/WAN and enterprise infrastructure also participated. Of the respondents who indicated their gender, 66 were women and 165 were male.

Respondents' tenure in the IT field varied as well, but they skewed veteran: 13% indicated they had been in IT three decades or more; 24%, 21-30 years; and 41%, 11-20 years. Clearly, health IT's a transient field, however. While the majority of health IT respondents have been in the field for 11-plus years, most (88%) haven't worked ten years for their present employer -- although 25% of them have been there 6-10 years. That still means about two-thirds have been in their present position five or fewer years, despite their decades of overall experience.

What did we learn about health IT salaries from the survey?

Who's looking for jobs? 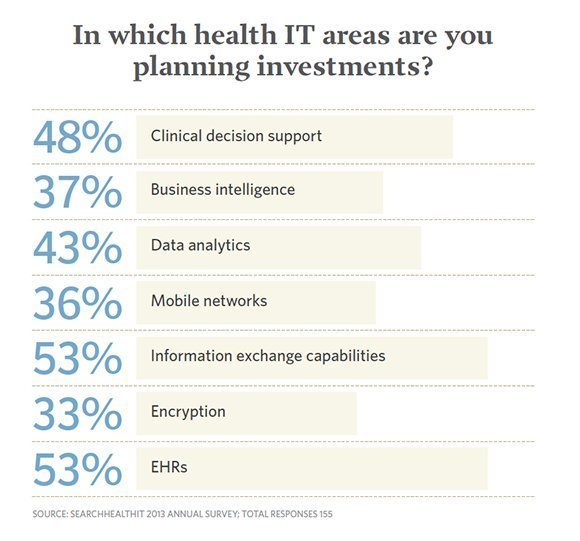 Our survey showed some folks already are thinking about taking advantage of this potential mobility:

2012's rancorous election season and post-election "fiscal cliff" discussions featured both political parties spreading negative rhetoric about the economy's future to fit their agendas. Despite the heaping helpings of gloom and doom served by virtually all mainstream news outlets, more health IT workers characterized the general mood in their shops as optimistic.

But not everyone's jumping for joy.

Let us know what you think about the story; email Don Fluckinger, Features Writer or contact @DonFluckinger on Twitter.

Article 2 of 5Next Article