He's an emergency medicine physician who lives on and runs a farm with 100 livestock, rock-climbs the granite monolith of El Capitan at Yosemite National Park, writes a popular blog, helps lead the federal government Health IT standards Committee, and manages the IT system of a prestigious teaching hospital. Among other things.

The main other thing of the moment has plunged John Halamka, M.D. -- the health IT celebrity CIO of Boston's Beth Israel Deaconess Medical Center (BIDMC) -- into an unusual business alliance with one of the industry's most iconoclastic EHR vendors, athenahealth Inc.

Essentially, as Halamka tells it, BIDMC -- Harvard Medical School's teaching hospital -- has contracted with the Watertown, Mass., vendor to allow athenahealth to adapt BIDMC's homegrown EHR as a cloud-based, in-patient EHR for hospitals in the 50- to 100-bed range. The license is for 20 years; the price of the early February deal was not disclosed.

BIDMC will dedicate a few of its approximately 25-member IT staff to installing the BIDMC-developed "webOMR" (for online medical records) system at BIDMC's 60-bed hospital in Needham, Mass., a Boston suburb, which is the pilot site for the joint venture.

The intellectually-focused Halamka and athenahealth's extroverted, mercurial CEO, Jonathan Bush, friends for 15 years, make perhaps an unlikely pair. "Jon and I are yin and yang," Halamka said. "I am tightly controlled and internalize things, yet we get along extraordinarily well. He's a great guy.

"Jonathan tends to be proactive. It's a leadership style," he added. "Mine is more management by consensus, just explaining the benefits of something." 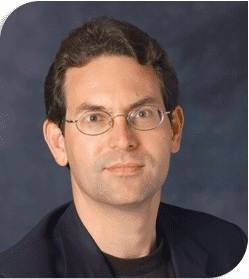 Halamka said Bush approached him four or five months ago to explore the opportunity of athenahealth moving upstream from its traditional ambulatory market. The plan was for athenahealth to integrate BIDMC's more advanced webOMR EHR into its own cloud platform, which has up to now been deployed nearly exclusively as a practice management and EHR system for physician practices.

Meanwhile, athenahealth was moving on a nearly parallel track to acquire RazorInsights, an up-and-coming vendor of EHRs for small rural and critical access hospitals, in what was athenahealth's first actual foray out of the ambulatory arena.

"[Bush] said, 'We want to acquire your know-how,' and that's what they did," Halamka said. "We gave them code. Today they have a running copy of all BIDMC's software in Watertown."

Halamka said the BIDMC initiative could be a step on the way up for athenahealth to larger healthcare systems, even academic medical centers -- the sphere dominated by the likes of Epic Systems Corp. and Cerner Corp., into which athenahealth has never ventured up to now, but where some observers of the company have expected it to head.

For the record, Halamka said he has no personal financial interest in the athenahealth deal; he said it is his employer, BIDMC, that forged the contract.

Part of Halamka's training was in medical informatics. He also has worked as a software developer and has written books about CP/M (Control Program for Microcomputers) and Unix software -- and espionage in Silicon Valley.