More senior healthcare executives are planning to grow or expand their telemedicine programs than three years ago, according to a survey by law firm Foley & Lardner.

One major component driving the expansion of telemedicine is that patients are beginning to see the value of telemedicine thanks to its convenience and effectiveness. According to the survey, a third of respondents said that half of their patients or more continued to use telemedicine after an initial visit.

Although some healthcare providers have expressed concerns about the ROI of telehealth and telemedicine programs, less than half of survey respondents said they are tracking the ROI of their programs.

“While the low percentage of respondents who track return on investment (46%) appears surprising at first glance, it could simply indicate that organizations have moved beyond questions about telemedicine’s ROI,” the survey said. This could be due to the fact that the purpose of telemedicine has been to expand the delivery of healthcare services, not to increase returns.

However, reimbursements continue to be a challenge despite the fact that most of the states in the U.S. have updated their telehealth laws to expand access to services. More than half of the survey respondents said third-party reimbursement was the biggest challenge to implementing telehealth and telemedicine programs. 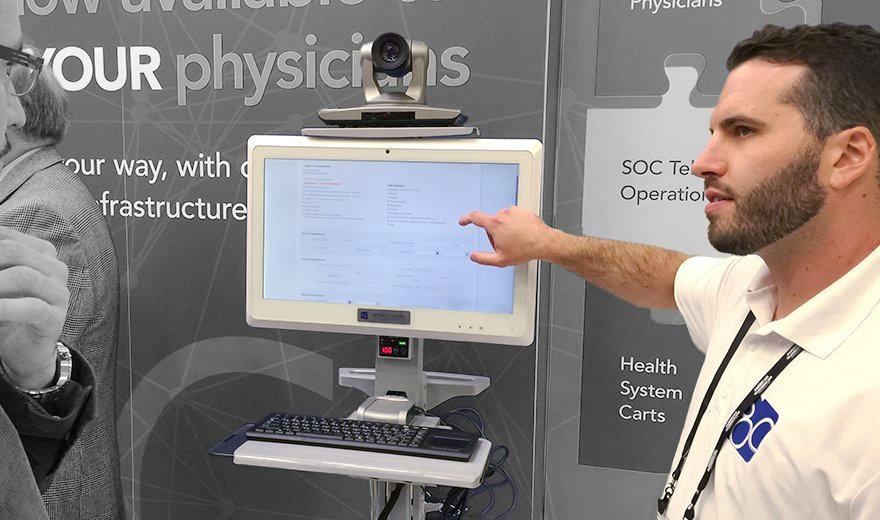 Specialists on Call on display at ATA 2016

“We are entering a new era of how medical care is delivered, and on whose terms,” Nathaniel M. Lacktman, chair of Foley’s Telemedicine Industry Team said in the report. “Healthcare organizations have realized telemedicine is not just a fad or pilot project; it is a new way to practice medicine and manage populations.”